EVENT: Join us at the 2021 Authenticate Conference 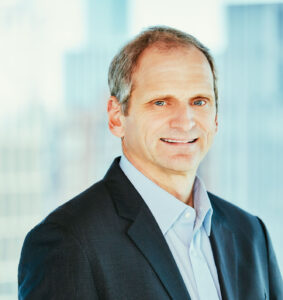 Rick McConnell is President of Akamai and General Manager of the Security Technology Group. As General Manager, he is responsible for leading the Security Technology Group’s core functions of engineering, product development, and product management. As President of Akamai, Mr. McConnell oversees several additional functions including corporate development and the company’s product lifecycle process.

With over 25 years of product and business development expertise, Mr. McConnell has focused his career on the areas of Internet communications and collaboration technologies. Since joining Akamai in 2011, Mr. McConnell has been instrumental in managing and scaling the development, innovation, and productivity of Akamai’s product divisions. Under his leadership, Akamai has released market-leading solutions in the areas of Web site and application acceleration, enterprise cloud, security, mobile performance, and media. Mr. McConnell is based in Akamai’s Santa Clara, CA, office.

Prior to Akamai, Mr. McConnell served in a number of senior executive positions at Cisco Systems. Mr. McConnell was Vice President and General Manager of the Unified Communications Business Unit in Cisco’s Voice Technology Group. His time at Cisco also includes having led strategy and operations for the company’s $5 billion Communications and Collaboration business, and he served as Vice President, Collaboration Software Sales, responsible for global WebEx sales.

Mr. McConnell joined Cisco in 2004 when Cisco acquired Latitude Communications, a provider of fully integrated voice and Web conferencing solutions. He served as Latitude’s President and Chief Executive Officer beginning in 2002, and prior to that was the company’s President and Chief Operating Officer.

Mr. McConnell holds a Bachelor of Arts in Quantitative Economics and a Master of Business Administration, both from Stanford University.