Frank Abagnale: No technology can beat a social engineering attack 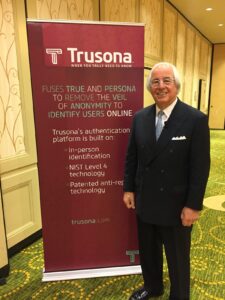 SearchCloudSecurity talks with Frank Abagnale of Catch Me If You Can fame about the dangers of cybercrime and his work with the FBI as well as a new security startup.

Today’s identity and access management technology may be improving, but Frank Abagnale says nothing will beat a good, old fashioned social engineering attack.

Abagnale, whose exploits as a young confidence man were made famous in his best-selling book Catch Me If You Can and the movie adaptation from Steven Spielberg, was the opening keynote speaker at the Cloud Identity Summit 2016 in New Orleans this week. After being arrested and jailed at the age of 21 for writing more than $2 million in forged checks and committing numerous social engineering schemes, he began assisting the federal government with forgery and fraud investigations and has worked with the FBI for more than 40 years. Abagnale is considered one of the foremost authorities in fraud, forgery and secure authentication.

He’s also been involved with several security technology companies over the years. Abagnale spoke at the Cloud Identity Summit about his work with a new security startup, Trusona, which launched this year with what it calls “insured authentication” technology for financial transactions. Trusona’s TruToken card reader device plugs into smartphones and can provide several layers of authentication to guarantee the identity of the person making the transaction.

Abagnale spoke with SearchCloudSecurity at the event about Trusona, the evolution of social engineering, and why, in his words, “technology breeds crime.” Here are excerpts from the conversation with Abagnale.

How did you get involved with Trusona?

I met Ori Eisen [founder and CEO at Trusona] about 15 years ago when he was head of global security for American Express, and I quickly realized he was probably the most knowledgeable guy I had ever met in my career when it came to cybercrime and technology. So 15 years ago I told him he really needed to leave American Express and go start his own business. He had some great ideas for fraud detection technology and I told him he really needed to go out and do that. And eventually he took my advice and started a company called 41st Parameter. And in doing so, the day he made that decision, he asked me, “If I do this, will you be my advisor?” and I said absolutely. So 10 years later he had 160 employees and the company’s technology was used by just about every bank, airline and retailer in the United States. A couple years ago he sold the company to Experian for more than $300 million. And I figured that would be the end of Ori; he’d be done and retired. But after only a few months he called me up and said he wanted to do what I always said we should do. And what I’ve said is there will never be a foolproof system until you can come up with the ability to guarantee 100% that a person on the other end of a transaction is in fact that person. He said “I think I can do that.” So he asked me to come back as his advisor, and after 10 years together at 41st Parameter we got back together and started working on this technology.

Read the full article with Frank Abagnale discussing the evolution of social engineering and how Trusona provides a solution.