The fraudster who inspired Catch Me If You Can is working on a way to keep cybercriminals at bay. 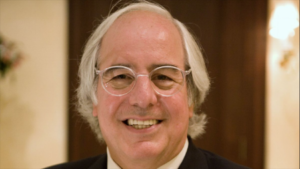 Frank Abagnale knows fraud. The man whose life story inspired 2002’s Catch Me If You Can has been an airline pilot, a pediatrician, a teaching assistant and a lawyer, all under false identities and all before he turned 21.

Abagnale defrauded banks of millions of pounds with forged cheques. He was arrested. He escaped the plane that was deporting him to the US. He was caught, locked up, then released to help the FBI uncover scam artists. Since then he’s worked closely with the bureau for close to 40 years and set up his own financial fraud consultancy: Abagnale & Associates.

At the age of 69, he also represents a different paradigm of crime. When Abagnale was a criminal, social media meant the phone directory. The internet was non-existent. The idea of pinpointing a person’s location through pocket computers was a glimmer in GCHQ’s eye. As digital technology has given rise to the global networks of digital security, you’d expect that it would now be much harder to get away with stealing a person’s identity. Abagnale says no. In fact, it’s become a lot easier.

“What I did 50 years ago is 4,000 times easier to do today,” he beams. “I didn’t have the internet. Everything that I did is so much simpler now. If you’d said that to me 50 years ago, I’d have said you were crazy, because I would’ve assumed it would be more difficult.” …