Trusona uses its own cyber insurance to insure the identity and the transactions of Trutoken users. 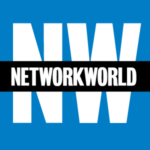 Cyber insurance doesn’t come cheap, and it doesn’t always pay out after a company is hacked. But today Scottsdale, Arizona-based Trusona announced it has become the world’s first insured authentication platform. Trusona, using its own cyber insurance, will insure the identity and thereby the transactions of Trutoken users up to $1 million.

Tim Greene previously wrote about Trusona’s “100% accurate authentication scheme,” which uses the company’s Trutoken dongle. The product is aimed primarily at users such as bank customers moving thousands of dollars or corporate executives with access to critical data.

Trutoken plugs into a smartphone and can tell if a credit card, driver’s license or any other type of identification card is legit and is being swiped by the right person. It does this by identifying unique aspects of magnetic strips on cards as well, as how the card is swiped. Card numbers stolen via a skimmer and copied onto another card, for example, won’t be a perfect match via the magnetic strip. Also, no two swipes will be exactly the same, and Trusona uses those differences to “guarantee safety from session replay attacks.”

It took 18 months of testing to become the world’s first insured authentication platform. After the technology was vetted by an A+ rated insurance carrier, Trusona can now provide up to $1 million coverage per financial transaction carried out on its platform. Trusona founder and CEO Ori Eisen, who is also an investor in Yubico, told AZ Big Media, “People want their vendor to put their money where their mouth is, and we’re doing just that.”