For Trusona's CMO, a startup mindset means being a jack-of-all-trades 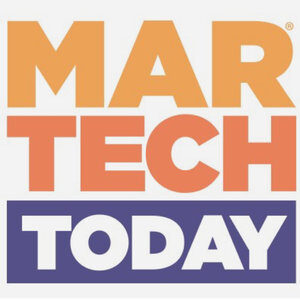 After 14 years leading marketing programs for Microsoft, Karen Dayan made the jump to marketing startups and hasn’t looked back.

In 2012, after more than a decade at Microsoft, Karen Dayan made the leap from building marketing programs for the world’s largest software company to working at a startup.

“I spent 14 years at Microsoft in a bunch of different marketing roles across the business and oversees in the Middle East and Africa, and the last six years in Redmond, Washington at the headquarters,” says Dayan, “And then, I spent about 10 years in two different startups.”

The first of Dayan’s startup experience was as VP of marketing for Criteo. During her time at the personalized retargeting platform, the company went from $20 to $200 million in revenue in two years. After Criteo, Dayan was recruited by cybersecurity expert Ori Eisen to lead marketing for his startup, 41st Parameter. That company eventually sold to Experian.

Dayan says she had been doing marketing consulting when Eisen approached her for the second time in January of this year to run marketing efforts for his newest startup, Trusona.

“I joined the team in January of this year,” says Dayan, “They have been in business for about two years now, but, as you know with startups, the first few months to years is really building the product, finding the product market fit, and, when the the time is right, marketing the product.”

Founded in 2015, Trusona is a cybersecurity platform that aims to replace passwords with safer and simpler methods for logging into any online service.

When asked about her attachment to the startup culture, Dayan says she’s hooked.

“Taking a brand, a product and a service that’s unknown in the market, and working hard, and tedious execution — it’s like you’re creating something in a studio and then, all of a sudden, your brand becomes a leader in the market.”

The CMO says seeing that all the work come to fruition, and become a leader, is hugely satisfying.

Today, Dayan offers her insights on building marketing strategy for product launches and shares the lessons she learned at Microsoft that proved applicable to her work as a startup CMO.

1. Create buzz — In early days, it is important for a brand to drive awareness and be omnipresent in the eyes of prospects. That doesn’t necessarily require expensive execution — it could be as simple as regularly posting on social media, targeted placements on professional networks, or creatively participating at relevant events.

2. Build credibility — Until you have customers you can tout on your website, determine your company’s unique strengths and focus your efforts on thought leadership.

3. Be creative — It’s not easy to get the attention of your prospects in a crowded market, especially as a startup. Therefore, it is extremely important to set clear objectives for every marketing activity and think of out-of-the-box tactics to achieve your goals.