PRODUCT HIGHLIGHT: Multi-factor sign in to all workforce applications
News 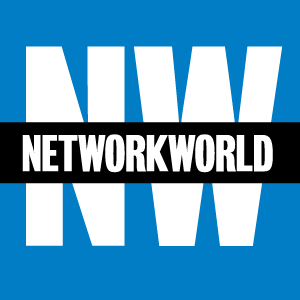 Simulating attacks, defending the Internet of Things and keeping track of suspicious device reconfigurations are among technologies young companies are fleshing out.

While there’s talk that investment dollars for security startups are getting harder to find, entrepreneurs still manage to deliver a range of hardware, software and services that protect data, networks and corporate reputations.

This roundup of 13 such companies that we’re keeping an eye on runs the gamut from cloud security services to fraud prevention to protecting supervisory control and data acquisition (SCADA) and Internet of Things devices.

These vendors clearly see the value of assessing the strength of network security architectures. Among them are four startups that simulate attacks against networks in order to test how well their defenses work and to help security staffers get the hang of what it’s like to get hit by a range of exploits and to hone their responses. AttackIQ, Cybric, SafeBreach and Verodin all have variations on this theme but all try to probe networks for vulnerabilities that could be strung together to create successful intrusions.

SCADA and IoT devices remain a concern because often they weren’t designed with security in mind and may be constrained by limited processor power and memory to support their own security. Two vendors – Indegy and ZingBox – are working on products that place defenses for these unprotected assets at the first network device they are attached to.  One common thread running through this group of vendors is a person – Israeli entrepreneur Shlomo Kramer. He’s a founder of Check Point Software and Imperva Networks, and is currently CEO of noteworthy startup Cato Networks, which provides a variety of security services in the cloud. He’s also an investor in two other startups we’re watching – Indegy and SafeBreach.

Up next is Trusona – Why we’re following it: Trusona has put together a four-factor authentication scheme involving anti-cloning technology and a dongle for which customers must identify themselves in person. While not priced for everyday consumer use, it may find a following among executives who may be targeted by whale phishers and to protect monetary and intellectual property assets.

Trusona
Headquarters: Scottsdale, Ariz.
Founded: 2015
Funding: $8 million from Kleiner Perkins Caufield & Byers
Leaders: CEO Ori Eisen, former fraud detection chief at American Express
Fun fact: Frank Abagnale, the former con-man and subject of the movie “Catch Me If You Can” is a consultant to the company.

Read full article including the list of companies we’re keeping an eye on and why.