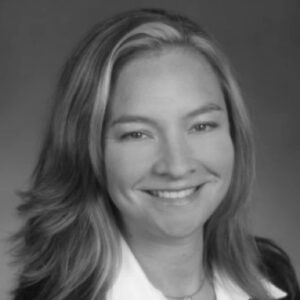 “Karen is uniquely positioned to execute on our vision,” said Ori Eisen, founder and CEO of Trusona. “When we worked together at 41st Parameter, I witnessed the skills she refined at Microsoft and Criteo propel the company to the next level. As we build out our executive management team, I know she is the perfect person to lead our marketing strategy.”

Dayan, previously Vice President of Corporate Marketing at 41st Parameter, helped drive market growth, through the acquisition of the company by Experian. In her prior role, Dayan served as Vice President of Marketing for Criteo where she contributed to revenue growth from $20 million to $200 million, leading to a successful IPO. Dayan started her career at Microsoft, where over the course of 14 years she played key roles in pivotal launches and the company’s revenue growth globally.

“Ori’s passion to solve internet security for the greater good of all is contagious. When he asked me to join him on his mission, once again, I was immediately on board,” said Karen Dayan, CMO of Trusona. “The product’s simplicity and ingenuity are truly one of a kind. I am excited to join the team and contribute to the success of Trusona in creating a trusted internet.”

Trusona’s identity proofing coupled with authentication revolutionizes cybersecurity – completely eliminating the need for passwords, internet security’s weakest link. Trusona’s solutions ensure people are who they say they are, relying on patented technology that uses the unique nature of every interaction to assure the True Persona behind every digital interaction. Offering three tiers of security including the world’s first insured authentication solution, Trusona is already being utilized by companies across government, media, health care, finance and education.

Dayan is based in the Bay Area, where she will expand Trusona’s Silicon Valley presence.

Trusona is the leader in simply secure identity authentication. We developed the world’s first and only insured digital identity authentication solution and are leading a movement where there are no passwords to be created, remembered, stolen, or compromised. Where people are who they say they are – every time. Our solution takes a completely different approach. It is radically simple, and relies on patented technology that uses the unique nature of every interaction to assure the True Persona behind every digital interaction. The company was founded in 2015 by CEO and cyber security expert Ori Eisen and is funded by Kleiner Perkins Caufield & Byers. Trusona. Simply Secured.