PRODUCT HIGHLIGHT: Multi-factor sign in to all workforce applications
News

When Given a Choice, Multi-Factor Authentication Wins Out Among Study Participants 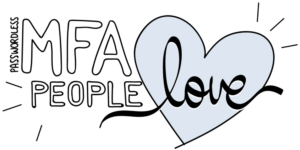 SCOTTSDALE, Ariz. – June 13, 2018 – More than 70 percent of consumers will choose passwordless multi-factor authentication (MFA) over traditional usernames and passwords, according to new consumer behavior research released today. The findings stem from a study administered in April 2018 by leading user experience research firm Blink and identity authentication technology company Trusona. It is the first study of its kind to show an actual change in user behavior with regard to consumer authentication practices.

Over the course of three weeks, study participants logged into a fictitious gift-giving website. It offered two options, either a traditional username and password or a passwordless MFA option. The true subject of the study – the login methods – was not revealed. The participants were also asked about their experience with the service and the logins in an exit survey.

“While consumers say they want a better experience and more security online, they often settle for what’s most familiar and easy,” said Kevin Goldman, chief design officer of Trusona. “This is the first study demonstrating that when it comes to passwords, consumers are not only saying they are ready to make a change, but will actually take the leap. The most enlightening outcome of the study is that the authentication method most consumers ultimately chose was not only more convenient – but also more secure.”

Other notable study findings include:

People easily switch and remain loyal to passwordless MFA logins. Of the 22 percent who had only tried the familiar password login, when prompted with an email, an additional 45 percent of recipients opted for the passwordless MFA option. After trying it, 93 percent stayed with it.

Older consumers prefer the passwordless login behavior at an even higher rate than the younger groups. Participants 55 years and older were approximately 10 percent more likely to adopt passwordless MFA (59 percent) than the younger age groups (55 percent for ages 18-34, 46 percent ages 35-54), proving that consumers of all ages are willing to adopt new technology.

“Consumers need a compelling reason to change their behavior,” said Karen Clark Cole, CEO and co-founder of Blink. “Seeing the dramatic adoption rates in such a short period of time shows that consumers are ready for a new option when it comes to security in digital experiences.”

Trusona will host a webinar to share the findings of the study and highlight the business benefits of MFA authentication, titled “Multi-factor Authentication People Love: Behavioral Research Findings & Business Benefits.” The webinar will take place on Thursday, July 12, 2018 between 10-11 AM Pacific Time. For information on the upcoming webinar and registration details, please visit Trusona Events.

For more insight into this data as well as the methodology of the study, visit www.trusona.com/mfa-people-love.